GADTB:  To the chair and participants of the Warsaw summit,

The South Azerbaijanis continue to suffer under the Iranian-Persian occupation from one century ago. From Reza shah’s coup d’état in 1925, South Azerbaijan has been subjected to a systematic destruction of its land, culture, and people by the Pahlavi rule and subsequent Islamic regimes. In the 16 years of Reza Pahlavi’s time of terror, with the aid and blessing of the world powers including the United Kingdom and United States of America, he crushed many uprisings of people who protested his tyrannical centralization policies. As a result hundreds of thousands of South Azerbaijanis were killed, tortured and exiled to the other parts of Iran or to the other countries. Ultimately, Reza shah himself were ousted and exiled by the Britain and allied forces when it became evident that he is siding with Nazis and harbouring Arian ideologies. Against the will of the oppressed non-Persian majority of so called Iran (particularly the Turks of South Azerbaijan), his son, Mohammad Reza Pahlavi, was brought to power. The second Pahlavi continued and intensified the oppression against South Azerbaijani Turks for 37 years until the Islamic revolution which instigated the Islamic regimes. In the period of despotic rule of Mohammad Reza Pahlavi, many uprisings including the creation of the South Azerbaijani government represented by Pishavari were put down by brute force and bloodshed in 1945. In 1979, Mohammad Reza Pahlavi was ousted and exiled by a popular revolt of great majority of peoples of Iran, ending 57 years of outward systematic destruction of South Azerbaijan and a systematic assimilation of Turkish inhabitants.

Just before the revolution of 1979, then president of France, Valéry Giscard d’Estaing, invited president of the United States of America, Germany and England to the Guadalupe summit to discuss the developments of the region and the fate and future of Iran. In that time, and in the absence of the representatives of the nations comprising Iran, the Khomeini and his ultra despotic and terrorist regime were imposed upon peoples of Iran. Unfortunately, this regime symbolised a reign of further occupation, terror, mass killings, tortures, and exiles in millions exacted upon the South Azerbaijani Turks by the so called Islamic regime of ayatollahs in the last 40 years.  Currently, after 40 years of ongoing terrorism on the people in Iran and countries abroad, the decisions made by the regimes had disastrous consequences for South Azerbaijani Turks, other non-Persian peoples under Iranian occupation, and other nations in the region.

Currently, with the Warsaw summit underway where foreign powers discuss Iran’s fate and future, we ask that you consider the reality of South Azerbaijan – and its ever desire to break free from Iranian-Persian occupation. It is in the interest of tens of millions of Azerbaijanian people that the tragic history of South Azerbaijan’s oppression is not repeated.

Following one century of struggle for self determination, independence and freedom, South Azerbaijani-Turks refuse to tolerate and accept Iranian-Persian rule, under any circumstances. This rhetoric is represented by a most popular slogan in South Azerbaijan: “South Azerbaijan is not Iran.” 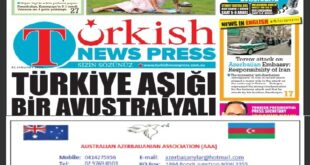 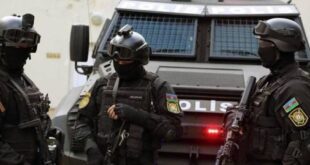