GADTB: Representatives of the Azerbaijani diaspora around the world not only actively supported the position of their historical homeland from the first days of the Patriotic War in Karabakh, but also gave the opposite side a worthy response through various actions, as well as actively participating in the information war on global platforms.

One of them is Mikail Oyta, the President of the Azerbaijan-Australian Association and a Chairman of the International Department of the Democratic Union of South Azerbaijan Turks.

In an interview with Media.Az our compatriot living in Sydney spoke about the criminal acts of the Armenian diaspora in Australia, informing the Australian federal government about the fair position of Azerbaijan in the Karabakh war, exposure of the aggressive policy and war crimes of Armenia against Azerbaijan.

– Tell us a little about yourself.

– I was born in Tabriz – the capital of South Azerbaijan (Iran). Now I live in Australia where I am involved in social activities. Our task is to unite with our compatriots from South Azerbaijan (Iran) and Azerbaijan, jointly solve various problems and support each other in every possible way. We all live far from the Motherland, our unity is very important here. We must protect our culture, traditions, hold national days and events.

In case of any problems, we must convey this to the Australian government, ask to support our position. Naturally, from year to year we brought to the attention of the Australian state about the problem of the occupation of Nagorny-Karabakh and seven adjacent regions by Armenia.

– How many Azerbaijanis live in Australia?

– Azerbaijanis from Iran and Azerbaijan are about 30 thousand people in Australia. We accept all Azerbaijanis to our organization. We help those of them who need support as much as we can, especially those ones who have recently arrived. The Azerbaijanis, who have been living here for many years, share their experience with them and help to adapt.

– What year was the Azerbaijan-Australian Association founded?

– Our diaspora organization has been functioning since 1993. Until 1997 it was registered and operated under a different name, but, unfortunately, it was not successful enough. Little has changed under another name in 1997. Since 2002 we have registered the Azerbaijan-Australian Association together with another organization. To this day we continue our work, I hope that it will continue in the future. At least as long as the Azerbaijanis live here. It is important that our activities are not funded from outside.

– How do you organize your activities given the presence of an influential Armenian lobby in Australia?

– Indeed, the Armenians have a strong diaspora here. The province of New South Wales with its capital and the largest city of Sydney, you might say, is the second Armenian state. New South Wales is the second Armenia. The reason is obvious: the prime minister of the province is an Armenian woman Gladys Beredzhiklyan. They tried to sue her more than once because of dirty corrupt activities, but due to her political immunity, she every time managed to avoid responsibility. She has a dirty pro-Armenian policy. We have openly stated this to the federal government many times, we asked her to resign or be expelled from the Liberal Party she represents.

Our activity was productive, we provided the government with data on what dirty and corrupt policies Berejiklyan was pursuing, how she attracted her people to large-scale construction projects with the large sums of money. Berejiklyan received kickbacks, stuffed her pocket, helped the Armenian diaspora and Armenia.

– Tell us about the activities of the Azerbaijani diaspora during the war in Karabakh.

– From the first day of the war we shared the joy and pain of our native Azerbaijan. When news about shaheeds who gave their lives for their Motherland or about Armenian criminal terrorist attacks on Ganja, Barda and Tartar came, we followed the situation with tears in our eyes. When we heard that our army was liberating our lands, villages, cities, one after another, we felt proud and cried with joy.

We also discussed these questions with the Australian government. We took part in a meeting with representatives of the federal government, where for two hours we shared the position of Azerbaijan, we noted that the Armenians living in Australia finance separatists, we focused attention on threats and provocations from the Armenian diaspora.

– Tell us about this in more detail.

– Unfortunately, the Armenian diaspora in Australia can afford to disregard the local laws. Aggression and attacks – that is all they can do. They constantly threaten us by email, intimidate us by the phone.

– How many Armenians live in Australia?

– There are about 15 thousand including Lebanese, Syrian, Iranian, Russian and Yerevan Armenians. The situation is complicated by the fact that they have been living here for many decades. Many of them are wealthy and influential persons. They are united under the roof of the diaspora organization «Armenian National Committee of Australia» whose fund is regularly replenished by businessmen and other wealthy people from different countries. The money accumulating in the Fund is used for lobbying. For example, to elect the right deputy who will promote the interests of Armenians at the governmental level.

There were cases when the Armenians illegally brought these deputies to the occupied territories of Azerbaijan. For example, last year. Their actions were condemned as they ran counter to the position and national interests of the Australian government. The Australian federal government has always recognized the territorial integrity of Azerbaijan.

Then we immediately reacted, we organized protests actions, wrote letters to the federal government. Thank God Almighty, now the entire territory of Karabakh is under control of Azerbaijan and we are very pleased with its liberation.

– What was the reaction of the Armenian diaspora to our historic victory?

– They had a big moral crisis. They began to blame the federal government of not helping Armenia in the war. Now the Armenians of Australia intend to take revenge on the representatives of the authorities and not support them in the elections. We celebrated Victory Day on November 10 . Local Azerbaijanis with flags went to the parks and streets of Sydney to share their joy with the Australians.

I commend our shaheeds and our state for this long-awaited victory. Now we live in Australia with our heads held high, this joy will always live in our hearts. 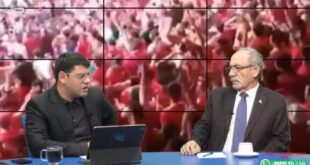 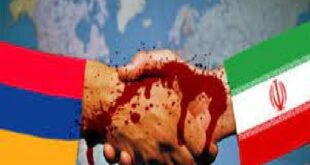